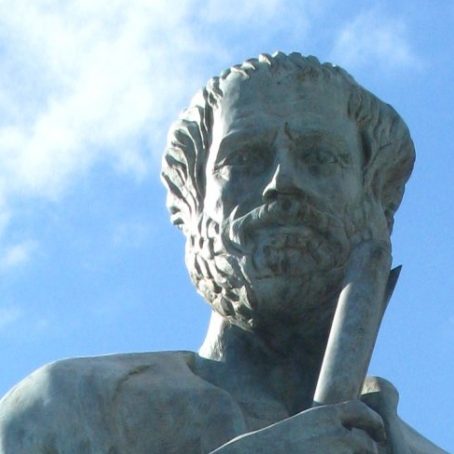 What Aristotle can teach us about communication

We recently met with the Marketing Director of an asset management company to talk about their communications with institutional clients. By his own admission, they needed to review the approach. He outlined their circumstances and two themes stuck out.

– There was a large team of people producing content (defined as forty page documents of research) packed with data on various different economic trends.

– They were pushing information out but had no idea if it was being read (it probably wasn’t).

Financial Services companies often have a number of similar traits. They have access to lots of data. They have teams of people hidden away in dark places who churn and analyse it. The results of their labour are used to produce vast quantities of reports, charts and powerpoint slides for internal and external use. But, finally, they aren’t always very good at sharing this in easily digestible formats from which reader can benefit.

Putting it simply, everyone’s forgotten they are communicating with people. People in the western world juggle impossible workloads and find themselves under lots of pressure. Plus, as reported in The Telegraph, we have undergone a collective collapse in our ability to concentrate.

If you look at institutional asset management and many B2B organisations, it is clear that marketeers need to refine the approach, as there is a tendency to shift into highly technical and verbose descriptions of what it is they are trying to say or sell.

In the run up to the Scottish referendum last year, as the Scots toyed with the idea of waving goodbye to the union (maybe a better description would be waving two fingers), I read an excellent article by Nick Jefferson on the ‘no’ campaign. He was highly critical of the dry, emotionless rhetoric being used in what was, essentially, a highly emotional decision. In the article he referenced Aristotle’s modes of persuasion.

Aristotle said that in any effective piece of communication there were three ‘appeals’: ethos, logos and pathos.

Ethos is the source’s credibility, the speaker or author’s authority

Lots of companies are concentrating on logic. But they aren’t doing anything to convey who they are or communicate in a simple conversational tone which is easier to respond to. As a result, the senses are quickly bogged down in technical language which leaves us scatter-brains reaching for something different to do.

It sounds obvious. It is. But many aren’t doing it.

Organisations need to explain more than just the nuts and bolts of their widgets. They need to think about how they are going to appeal to their target market, to be aware of the audience’s state of mind and, above all, to keep it simple and succinct.