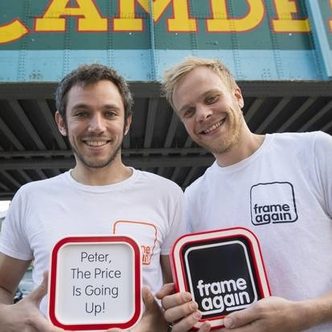 Crowdfunding is moving into the mainstream with Seedrs and Frame Again.

Two entrepreneurs, who turned down an offer to sell their photo framing business on Dragons’ Den, have raised the money they needed from the public within 24 hours of appearing on the BBC business show.

Camden-based Jake Hayman and Joe Kenyon appeared on the programme last Sunday seeking a £60,000 investment in return for a 20 per cent stake in Frame Again.

Peter Jones offered the pair jobs at Jessops if they would sell him the company, but they turned him down.

They have subsequently raised £30,000 from investors on crowdfunding platform Seedrs.