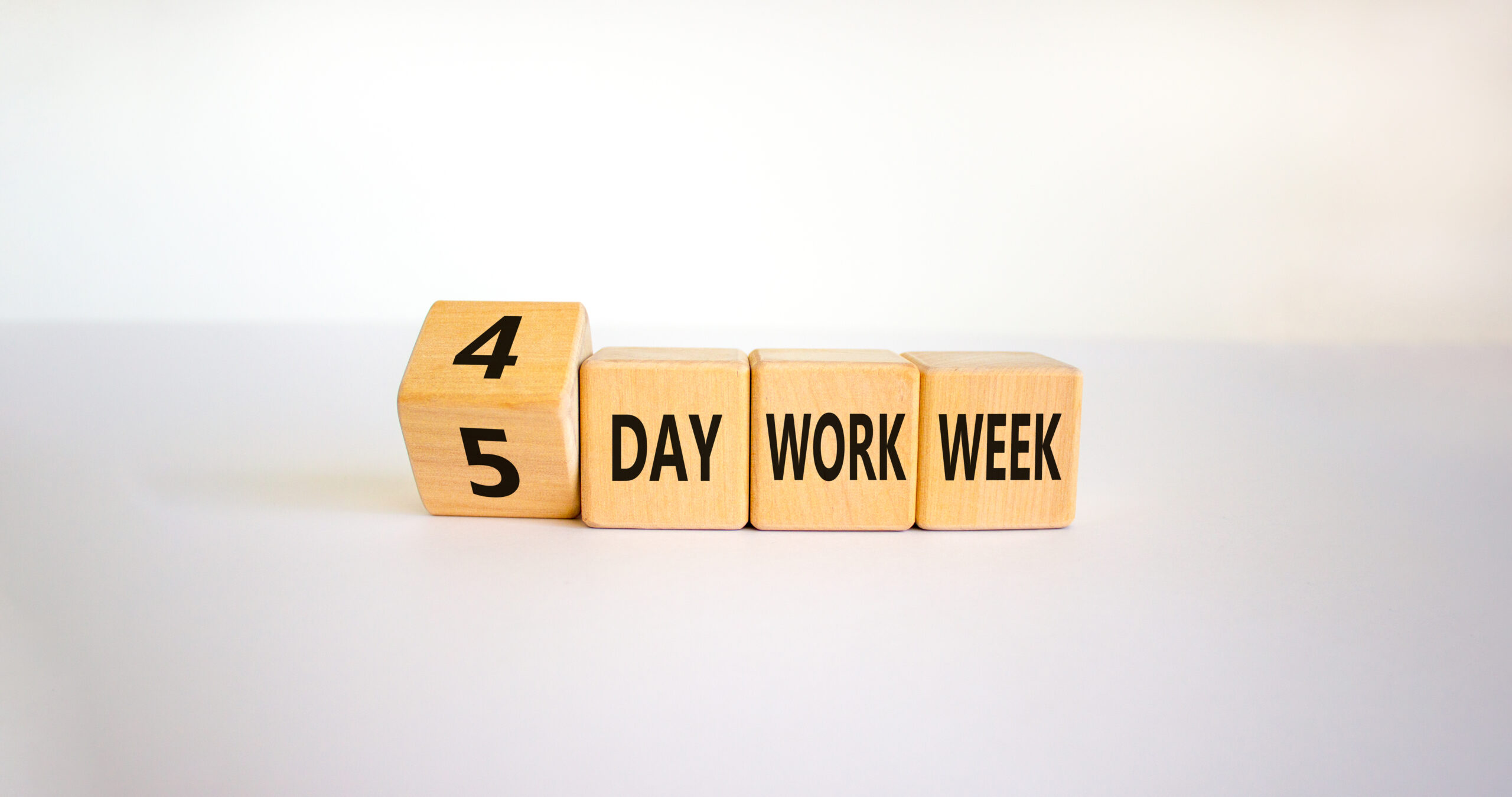 We’ve all been there. Chad in the office arrives at 7am and leaves at 8pm. Bosses praise his commitment to the job while frowning at those who dare to depart at 5.30. Little do they know, behind the veneer of Excel, Chad is sitting at his computer secretly writing his novel.

Could we finally be seeing the end of the long-held assumption that more time in the office equates to increased productivity?

Atom Bank recently announced that they were moving to a four-day working week resulting in four slightly longer days with no pay cut for staff. If trials through Europe are anything to go by, there is hope this will result in more engaged, energised employees with no loss in productivity. This is in direct contrast to the widespread burn-out city-workers are known to face, battle and then retreat from, screaming into the hills.  At FSP, we’ve been interested to find out how the rest of the financial services community were feeling about these potential changes, so we polled our clients and followers to learn more…

88% of our respondents said they would opt in to four days if it was offered by their company, however they were not optimistic it would happen. Only 3% of people felt that it was likely their company would implement this in the next 12 months.

Finally, we asked respondents to consider what they thought the impact of a four-day week would be:

Critics may argue a four-day week means the same amount of work in less time, causing more pressure on companies and employees. However, Iceland have said their four-day week trial was an ‘overwhelming success’. Trials by ‘4 Day Week Global’ are to begin this year across multiple countries across the world, including a 30-company pilot in the UK starting in June.  If the pandemic has given us anything (in addition to unlimited Netflix time), it’s the realisation of a need for an increased work-life balance. There’s every reason to believe the four-day working week might not be too far behind.

Essentially, we’re well aware that the demand for change in the financial services industry is there, be that a four-day week or something else that helps with employee wellbeing. While the fintechs and neobanks like Atom Bank may continue to pioneer new, innovative practices to support their employees and drive change, the wider FS industry should take notice of what could help them attract and retain the best talent.

We have extensive experience working with financial institutions across a diverse range of clients. We provide marketing strategies, internal and external communications, and digital media management to strengthen and differentiate individual brands. We also have a very flexible working policy (ask us about it if you want to know more).

Our social media channels provide the latest research across the financial services industry each day. We’d be happy to have a chat about your marketing plans. Please get in touch here.

Survey took place in December 2021 and was based on 66 responders across a range of financial services organisations and positions.